Salesforce Finds Out Which Colors Provide the Best User Experience

Everyone has a favorite color or two. If you think you don’t, take a moment and think again. Look at your wardrobe, at your car, and at your favorite mug. Maybe even take a quick glance at your desk props. Do you notice a pattern? Certain colors or color palettes attract us. This is why Color Psychology is widely used in marketing and branding. Studies have shown that colors can influence our perceptions, emotions, and moods, and maybe even certain behaviors. But does that mean that they also affect our decision making?

Roses are red, violets are blue, do colors affect what web users do?

Back in May, the Analytics team at Salesforce asked themselves this question – well, maybe not exactly this question – but they wanted to see if and how colors affect web users’ decision making when using analytics products like Salesforce Einstein. As such, they conducted two user research studies and monitored how quickly and accurately users made decisions when using different interfaces of varying colors, hues, and combinations.

Study 1: Dark Side vs. Light Side

The first study examined how users’ performance and preference were influenced by light, hybrid, and dark themes. Salesforce has used a light colored theme for quite some time now. So the teams’ initial assumption was that switching to a dark theme will pique the users’ interest, if only out of novelty.

To prove this theory, users were asked to complete a survey with questions about their first impressions, preference, and value. Also, to understand the reasoning behind user reactions, open text responses were included.

First, value was determined by asking users to rank themes from most to least valuable in case they had to pay to use each one. Then, to assess performance, response time and accuracy were measured for the decisions that users made using charts in different themes.

After analyzing the initial results, the team found out that users prefer light themes, and in some case hybrid themes, over dark ones. The lighter themes had better first impressions, and users were willing to pay for them. However, when it came to performance, it seemed that dark themes triggered the better results. Users made faster decisions using dark themes, with just as much accuracy as when using the lighter ones. 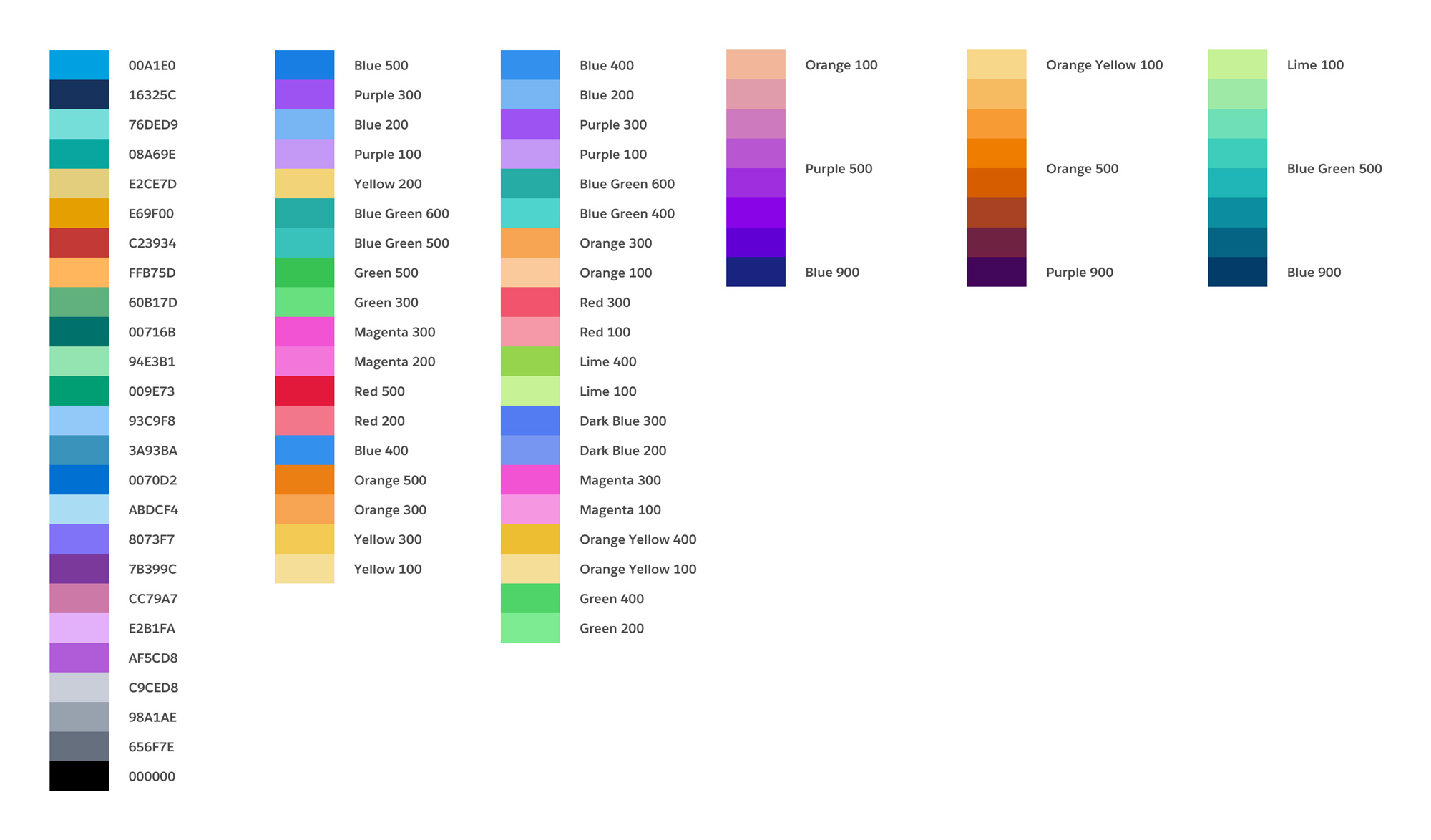 The second study examined how users responded to charts in different color combinations. As before, the Analytics team had a few assumptions. The team expected users would prefer charts in palettes of uniform colors and different hues, thinking that too many colors would be perceived as messy, distracting, and generally less appealing.

With that in mind, they conducted their test, where participants were shown many charts in 6 different color palettes and hues. Same as before, the users’ first impressions, preference, and value were recorded, and their speed and accuracy of making decisions were measured. Once again, the teams was surprised with the results.

Turns out, users preferred the palettes with distinct color variations of the gradient ones. In their open ended answers, they explained that different colors help them better convey and understand analytics data more clearly. Also, the research showed that users cared more for functionality and ease of use over aesthetics. 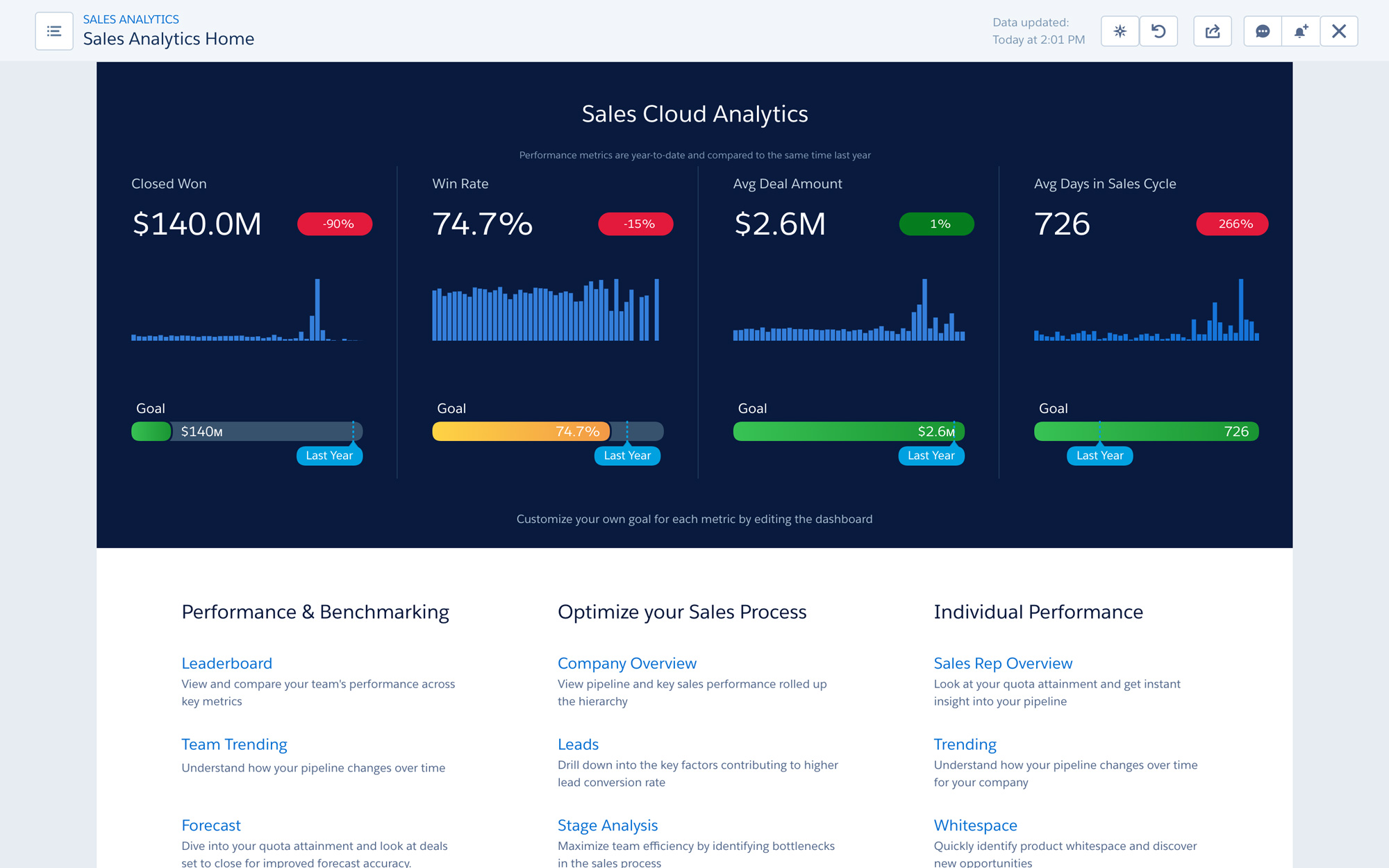 Going inline with these findings, Salesforce made some tweaks to their product aesthetics. By default, Salesforce employ light themes. However, they now use hybrid themes in analytics apps in order to highlight the “hero” charts in the dashboard. They also switched up to mid-tone hues from all over the color wheel in their operational reports and dashboards, as well as platform charts in Einstein Analytics.

“For designers, it’s a humble reminder that we don’t always know what users will actually prefer,” said Steve Fadden, Director of Analytics UX Research, and Mark Geyer, Creative Director of Analytics UX at Salesforce in their article on Fast Co. Design. “Despite what we think is best for design and performance, data should be used as a guide to make informed decisions.”

Find out all that’s relevant about Einstein Analytics here. And if that piqued your interest – because you know your business needs it – make sure you contact us for a free consultation today!

Say Hello to Salesforce Einstein Voice – The Smartest Business Virtual Assistant Out There!

The Retail Landscape for 2018

We care about you and strive to understand exactly what your business needs in order to build and deliver a tailor-made solution to serve you on your path to success.

Changi Consulting, LLC is a customer-centric consulting firm and a Salesforce Consulting Partner in the EMEA region. We build and deliver cloud-based solutions focused on helping you accelerate, automate, and optimize your operations.

Hit enter to search or ESC to close